Draft Controls: Then and Now [Article] 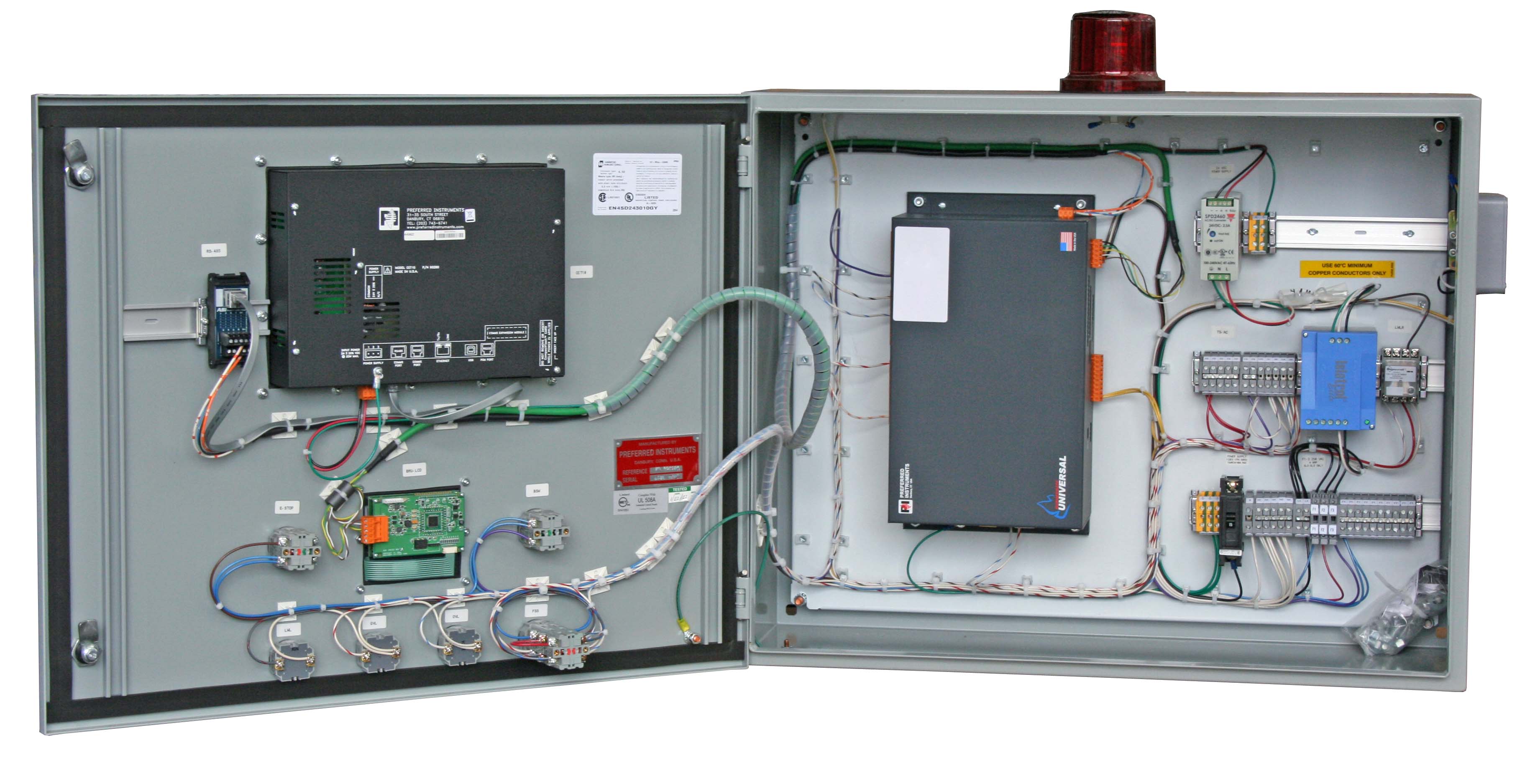 Check out the first page of that article below.

Today, draft controls are still common on all types of boilers,  but for very different reasons. Namely, boiler construction. Since then, many more boilers were of brick-set construction, required to be run at negative draft or balanced draft pressure. Because the furnaces were not air tight, the furnace walls were kept cool by a constant stream of cool air drawn in by the slightly negative pressure of the furnace. Allowing these furnaces to “go positive” for even a short amount of time could result in damage to the boiler casing or injury to boiler operators. Boilers made in this era typically had tall stacks to induce a negative pressure (or draft) in the boiler, or induced draft fans. To control the negative pressure generated by a tall stack or an induced draft fan, stack outlet dampers were installed and controlled to maintain a setpoint typically about 0.1” negative pressure measured at the back of the furnace. Then as now, proper draft control was also important for ﬂame stability and maintaining the correct fuel air ratio in the boiler.

There are still many balanced draft boilers in operation that require draft controls for the same reasons they did in 1964. However, even airtight forced draft boilers built today often need draft controls to help stabilize burners using ﬂue gas recirculation for NOx control. Flue gas recirculation is often induced by the combustion air fan. If the stack draft is too negative, the forced draft fan will not be able to induce enough ﬂue gas to meet the required NOx emissions. If the stack draft is not repeatable, the fan will induce varying amounts of ﬂue gas recirculation that will make the fuel air ratio control unstable. Burners utilizing high ﬂue gas recirculation rates, and ultra low NOx burners have narrow limits of ﬂammability and require precise fuel air ratio control. The combustion controller can’t precisely control the air ﬂow through the burner if the boiler draft is constantly changing.

Boilers that operate with excessively negative pressure will draft too much air through the furnace, resulting in poor burner turndown and poor efﬁciency because excess air cannot be controlled–especially at lower ﬁring rates. When these older boilers are retroﬁtted with low NOx burners using ﬂue gas recirculation, the high draft condition needs to be controlled because the recirculated ﬂue gas is diluted by fresh air (called tramp air) that leaks through the boiler casing. The diluted ﬂue gas is less effective at reducing NOx. To meet typical NOx guarantees, effective draft controls need to be installed, and the boiler casings often need to be repaired to reduce air leakage.

Boiler construction today is almost entirely different, but draft controls are still required in many applications for mostly different reasons. Boiler combustion chambers now are entirely steel encased and air tight. The burners always include forced draft fans sized to pressurize the burner windbox, the furnace, and sometimes even part of the stack. The boiler and breeching are designed to withstand this positive pressure without the need for cooling air.

Today draft controls are required to accurately maintain draft conditions in the furnace and compensate for changes in outside conditions including:

Just as importantly, modern low NOx burners are more sensitive than their 1964 counterparts. Ultra low NOx burners are extremely sensitive to draft conditions (and ambient temperature, stack oxygen, phase of the moon, operator’s attitude, etc.) Too much draft can cause the burner to run lean, become unstable, and flame out. Too little draft can cause the burner to burn back into the burner internals and damage equipment. Most burner manufacturers require draft controls be installed with their burners if any of the following conditions are present:

If your applications meets one of the above conditions and you don’t install draft controls, the burner manufacturer will offer little help if you experience burner stability problems during start-up. A typical response will be, “Install draft controls and call us if the problem persists.”

–Draft range transmitters have replaced the diaphragms in direct-sensing draft controllers. This is an important advance because the sensing line and diaphragms in direct-sensing draft controllers were prone to fill with condensation and quit working. Transmitters have this same weakness, but are easier to install higher than the breeching tap to ensure they stay dry. Draft transmitters usually include filters to help reject boiler pulsation and transmit just the boiler draft. Once the draft signal is digitized, it is easier to manipulate in a digital controller.

–PID controllers have replaced proportional only controllers. Although the derivative component of the PID control is rarely used, the integral component helps the controller respond faster to quick load changes. Floating point, and gap PID controls utilize a lower proportional gain when the draft is close to setpoint to help eliminate controller oscillation during normal operating conditions.

The JC-22D stand-alone draft controller interfaces with virtually any burner management system and combustion controller to safely monitor and control furnace draft in virtually any application.”

3 thoughts on “Draft Controls: Then and Now [Article]”