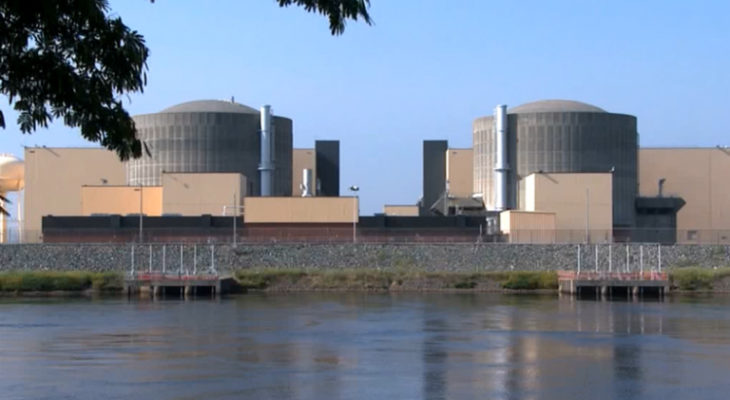 When we think “clean energy,” we often imagine fields of solar panels or wind turbines, but how often do we think of nuclear energy?

Unfortunately, although nuclear is the second largest source of low-carbon electricity in the world behind hydropower, its often left out of the “clean energy” discussion.

It generates power through fission, which is the process of splitting uranium atoms to produce energy. The heat released by fission is used to create steam that spins a turbine to generate electricity without the harmful byproducts emitted by fossil fuels.

The “smoke” you see coming out of nuclear facilities is actually just steam.

Despite producing massive amounts of carbon-free power, nuclear energy produces more electricity on less land than any other clean-air source.

To put that in perspective, you would need more than 3 million solar panels to produce the same amount of power as a typical commercial reactor, or more than 430 wind turbines (capacity factor not included).

It’s about 1 million times greater than that of other traditional energy sources. Because of this, not much fuel is necessary. All nuclear fuel produced by the U.S. nuclear energy industry over the last 60 years could fit on a football field UNDER the 10 yard mark!

That waste can also be reprocessed and recycled. Although the United States does not currently do this, some advanced reactors designs being developed could operate on used fuel.