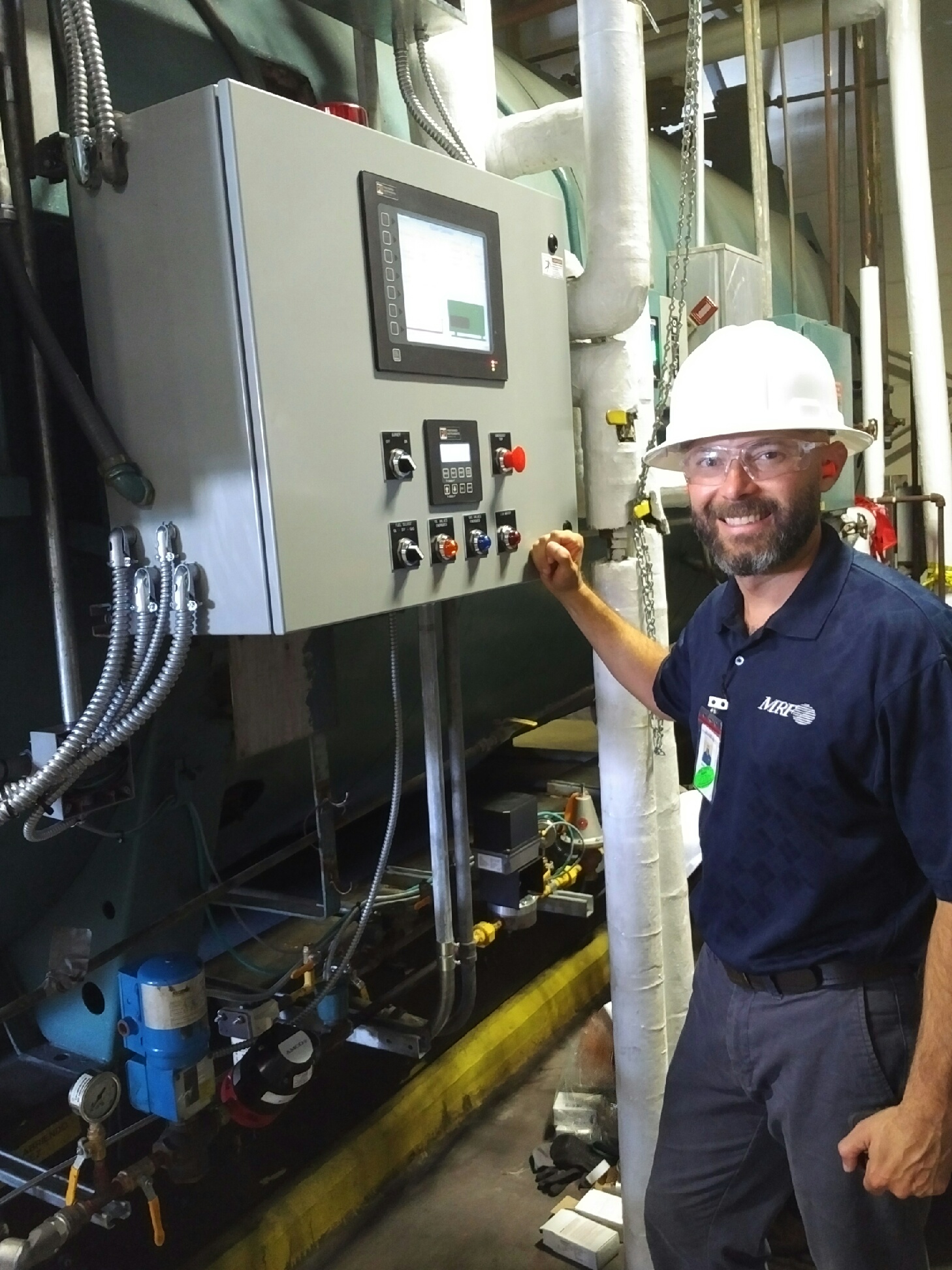 In conjunction with Puerto Rico representative M.R. Franceschini Inc., Preferred recently replaced an existing flame safeguard and oxygen trim system with the Preferred BurnerMate Universal (BMU) system on a 500 HP boiler at a pharmaceutical plant outside of San Juan.

In addition to oxygen trim, the BMU is controlling the forced draft fan variable speed drive (VSD), and providing first out annunciation of boiler trips. The BMU was integrated with the existing proprietary feedwater control system and all existing boiler limits.

This steam boiler runs continuously on No. 2 oil, which is expensive in Puerto Rico, so the boiler was tuned for the lowest excess air possible at all firing rates to reduce fuel consumption.

In addition to expensive fuel, Puerto Rico has some of the most expensive electricity rates in the U.S. according to the U.S. Energy Information Administration. Industrial users in Puerto Rico currently pay an average of 14.6 cents/kW-hr compared to the national average of 6.54 cents/kW-hr.

have been announced effective in 2017 for the island. With the new Preferred BMU controller, the forced draft fan VSD speed was kept under 30 Hz from low fire to mid-fire, resulting in electricity savings of over 85% compared to 60 Hz operation.

How much will you save?
Check out the Preferred Utilities Energy Savings Payback Calculator

Ever tried to justify a retrofit project? Now there’s a better way to crunch the numbers. This app will save you time and money. It analyzes your existing boiler and burner system data and compares it against a proposed modern upgrade, complete with energy savings estimates.

The calculation output in this application is extensive. It includes a fuel analysis, combustion

efficiency (existing and projected), fuel consumption, electrical consumption, and C02 credit calculations. Use this tool if you are considering a boiler/burner upgrade.